Train to Busan : Marshal law is declared when a mysterious viral outbreak pushes Korea into a state of emergency. Those on an express train to Busan, a city that has successfully fended off the viral outbreak, must fight for their own survival. Train to Busan is a harrowing zombie horror-thriller that follows a group of terrified passengers fighting their way through a countrywide viral outbreak while trapped on a suspense-filled, blood-drenched bullet train ride to Busan, a southern resort city that has managed to hold off the zombie hordes… or so everyone hopes. 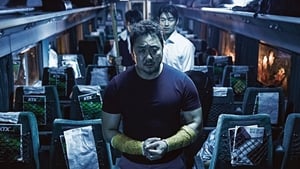