A troubled rock star descends into madness in the midst of his physical and social isolation from everyone. In a flashback, Pink is a young English boy growing up in the early 1950s. Throughout his childhood, Pink longs for a father figure. He discovers a scroll from “kind old King George” and other relics from his father’s military service and death. At school, he is caught writing poems in class (the poem being Pink Floyd’s “Money”) and humiliated by the teacher. To the tune of “Another Brick in the Wall (Part 2)”, Pink fantasises the children in a surrealistically oppressive school system, falling into a meat grinder. The children then rise in rebellion and destroy the school, carrying the Teacher away to an unknown fate. Pink is also negatively affected by his overprotective mother. Such traumatic experiences are represented as “bricks” in the metaphorical wall he constructs around himself that divides him from society. 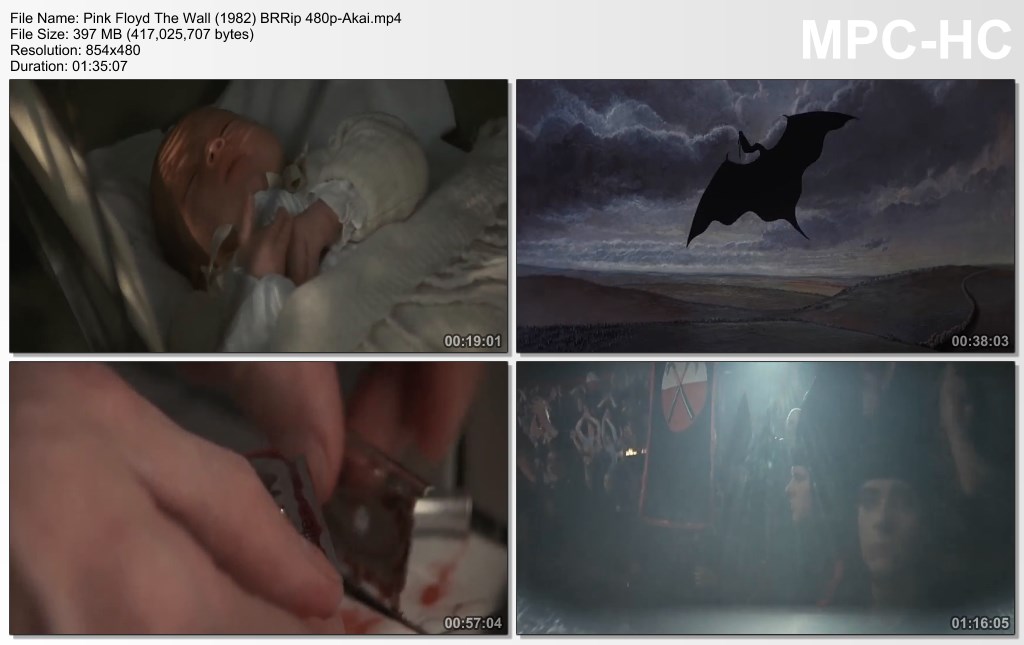