Bidin Al Zaifa is madly in love with a Thai woman named Cherry Porntit. He proposes to her, but her brother, a Muay Thai champion, doesn’t want her to marry him. Events turn for the worse when Bidin’s enemy, Al Buqerk, comes after him to settle an old debt. With the help of his friends, Eddy and Aidil, Bidin tries to solve both his romance problem and his enemy problem. 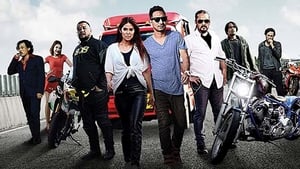